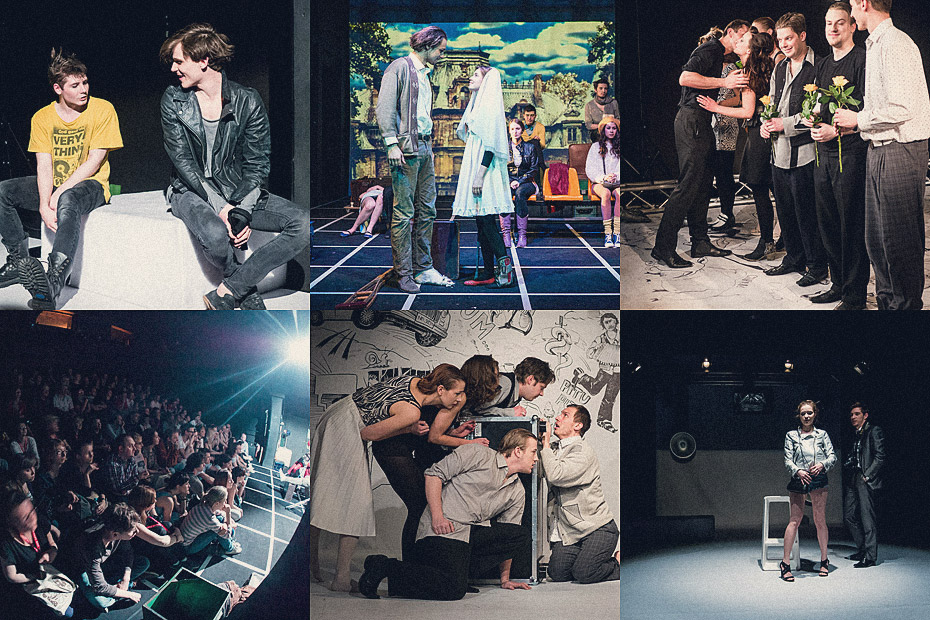 Each October, theatre-goers can expect brand new plays: premieres at the Studio Theatre, which are the diploma plays of the current fourth year acting students of the Lodz Film School. The plays are performed only for a few months.  In May, having passed all the exams, the actors leave to follow their own career paths. The theatre then remains empty until it is ready again to receive audiences, new actors and new diploma plays. That is why the Studio Theatre is such a specific place as there is no possibility of seeing the same play again or the same actors’ faces in the next season.  Nevertheless, there is always the chance to see energetic young actors at the beginning of their professional careers.

There are two stages at the Studio Theatre:  the large one seats an audience of 120 people while the small one seats 60.  Apart from staging diploma plays for the audience the theatre is used for teaching and also for other artistic projects and cultural events. The most important of these is the Drama Schools’ Festival organized each year by the Lodz Film School. The Festival is the presentation forum for diploma plays performed by the students of acting from the following drama schools: Warsaw Theatre Academy, Krakow National Theatre School, its branch from Wroclaw, and the Lodz Film School. This unique event enables young actors to confront representatives of the theatrical professionals: directors, playwrights, critics, theatre managers, but most of all, demanding festival audiences.