„The school is guided by universal ethical rules, freedom of tuition, creative liberty and freedom of research in the field of art and artistic creativity, in respect for truth, solidarity, democracy and tolerance in this way referring to the general Polish university and artistic educational tradition.”
(Polish National Film School Statute) 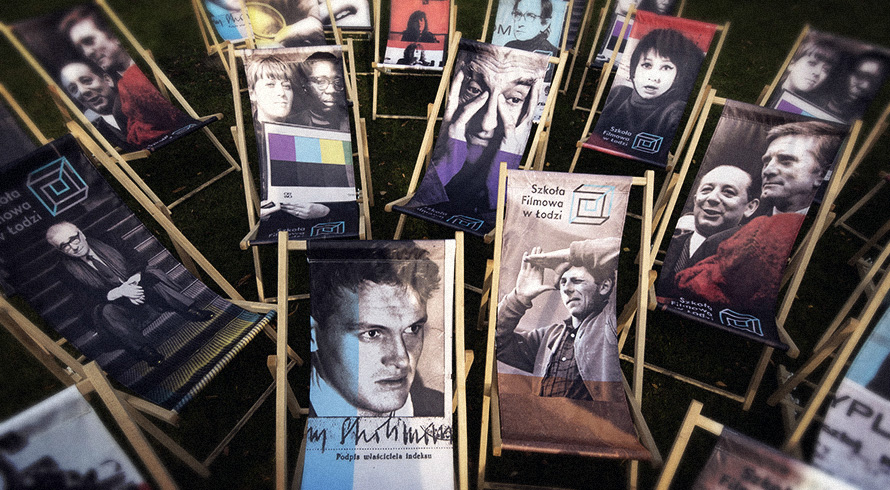 The Film School in Lodz, one of the oldest film schools in the world, puts special emphasis on practical work in its teaching programme.
The school educates directors, directors of photography, animators, photographers, screenwriters, editors, film and television production managers and actors. Studies comprise practical workshop classes accompanied by history, culture and art theory contributing to a thorough artistic development. We are convinced that it is not until students get onto a real film set that they learn the profession and gain experience and independence.  We provide future filmmakers with the latest generation sound and lighting equipment including digital cameras.  Daily classes are held at our film and television studio facilities as well as at post-production and special effects computer classrooms. Full- time film school employed camera operators and sound recordists, with all their wealth of knowledge and experience help the students make their first films.  What differentiates the Film School from others is the possibility of working with established professional 35mm film stock.  We provide cameras, editing tables, and a sufficient amount of practice to exploit every ambitious idea and develop young talent.

„It was, is and should be a school of profound
ambitions - full of determined people.“ Roman Polanski, director, winner of the following awards: Oscars, Caesars, Golden Globes, BAFTAs, Palm d’Or

The school Film Production Unit organizes and carries out the production of about 300 film projects a year. With its help the following student films are made: fiction and documentary films of film directing students, directors of photography films, animation films and television dramas.  Films made during workshops or regular classes are recorded on all kinds of media; traditional optical film stock as well as analogue and digital video. All areas of film production work in units: camera equipment, sound, editing, scenery, props and set design are all involved in the making of every film from the shooting stage to the production of the final print.  We are trying to keep up-to-date with each technical innovation as it appears in the world of contemporary film technology.  Each year, new equipment is purchased and the film and television studios are equipped so that the school can give a taste of professional production, so that students, the future filmmakers, feel at home in this environment.